Today I have decided to cheat on planes and switch them for a train ride.

Eurostar is the train connecting UK to mainland Europe through 50 kilometers long tunnel built underneath the La Manche Channel. This train ride has been a major competitor to all the airlines flying between Paris or Brussels and London, and in my personal opinion Eurostar wins all the way.

In my particular case, I reached London city centre from Brussels within 2 hours, with better comfort and less hassle, than any airline flying this route would have provided.

Just like flying, you can choose to check in at home and print your own boarding pass, use a self service kiosk or use traditional manned check in desk. Advantage is, that for Business Premium customer, the desk closes only 10 minutes prior to train departure.

Security and passport checks both for Belgian and UK immigration are done in this terminal, so upon arrival to London you just exit the station. One has to cross the UK Customs though.

If you arrive ahead of time, you can use dedicated lounge that serves complimentary drink or snacks, while waiting for your train departure.

Unfortunately I did not have enough time to visit, as I arrived to the station when boarding had already started. 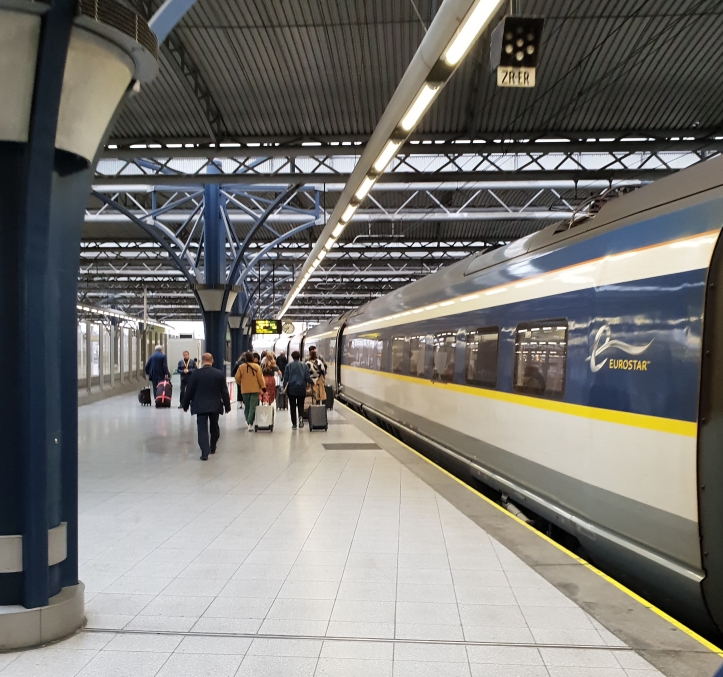 Business class section on these new trains is at the front and the tail end of the train. However when I was booking my seat it allowed me to select a seat in one of the first two cars only. 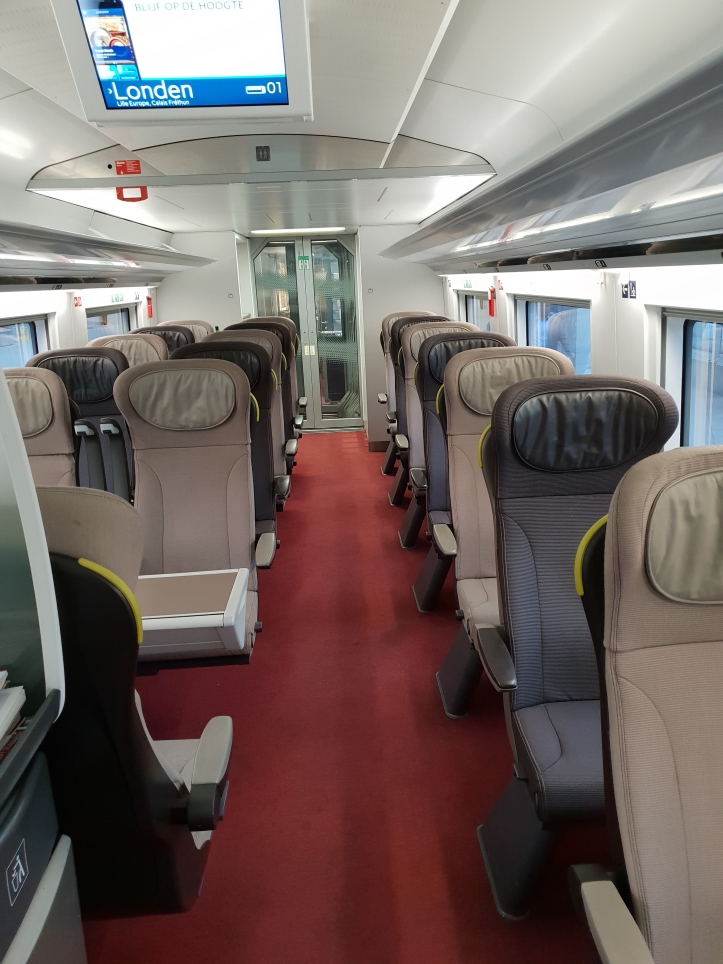 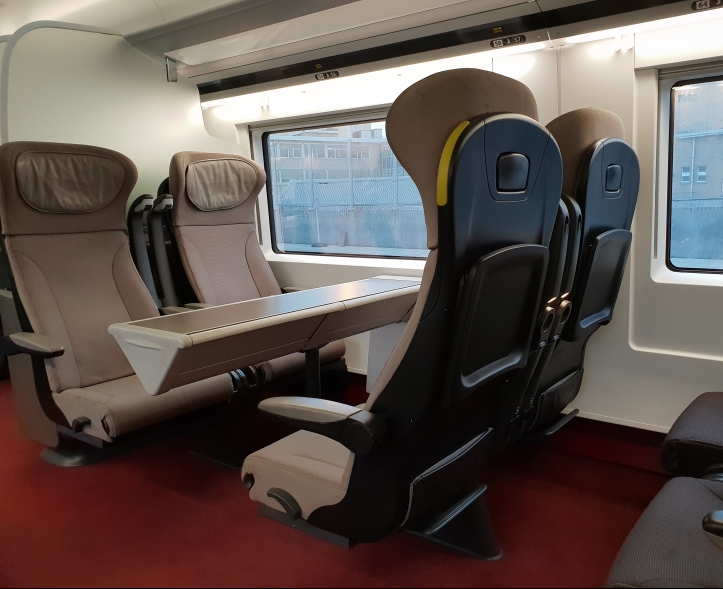 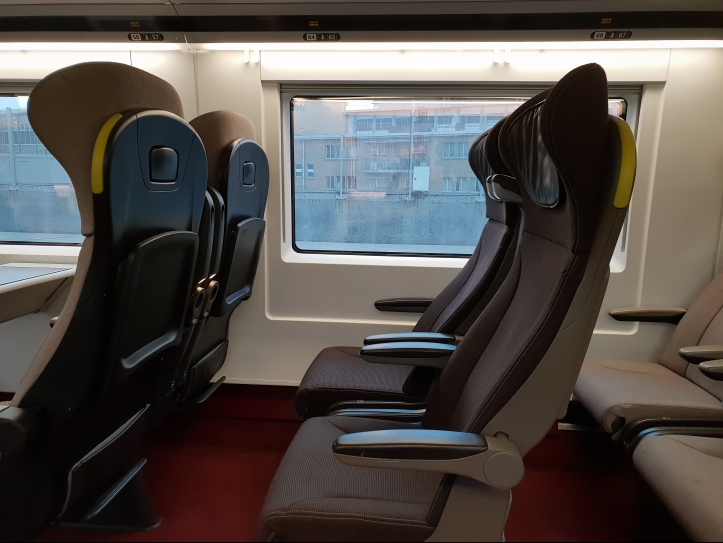 As I was traveling by myself I booked for myself a single seat, that provided ample of legroom (definitely way more, than any intra-european business class that I am aware off. Sadly flying business class within Europe has become a joke in past few years.) Each seat is equipped with individual reading light, leg rest and european style electricity plug. 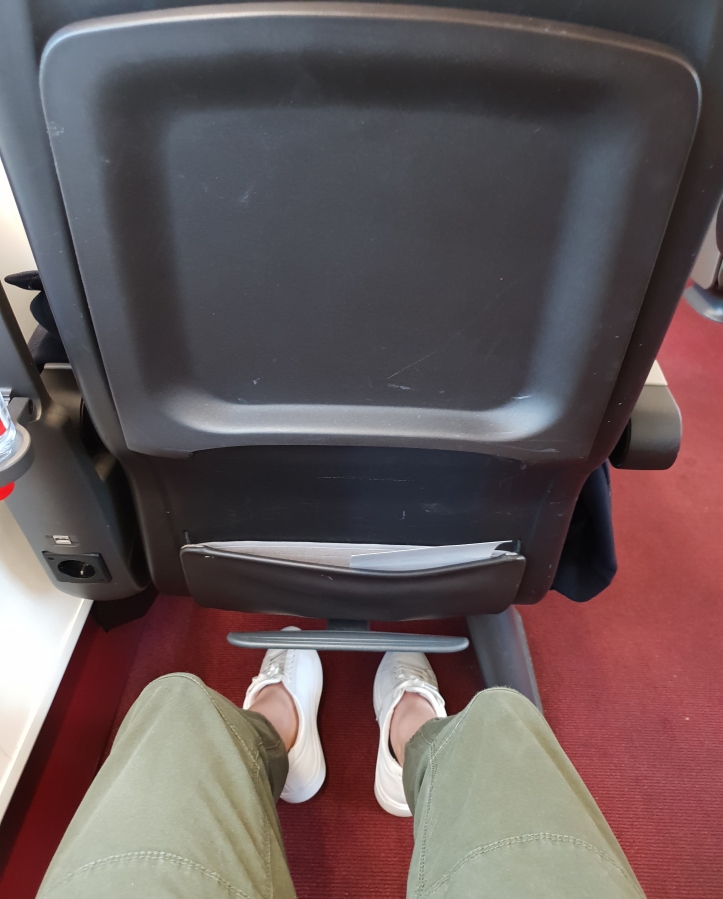 Just like flying with an airline, hot towels and menus for the journey were given out. Passengers in Business Premier receive complimentary hot meal. Since it was a morning departure, breakfast was served. I am almost sure, that I saw a mention of complimentary champagne on their website while I was booking my ticket, but that one somehow did not materialize (and silly me remembered that only after I disembarked in London).

Service was done like it would be done in any airline – using the carts and trays. Firstly they give out trays with continental breakfast, bottle of water and juice selection. Later on they pass with main meal options and tea or coffee. 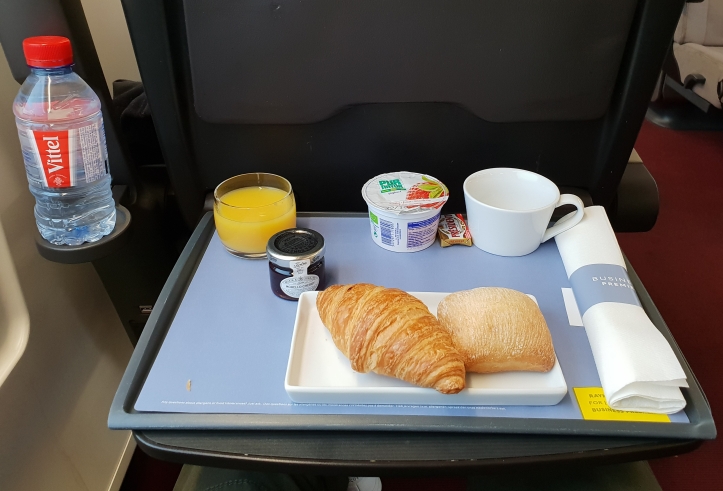 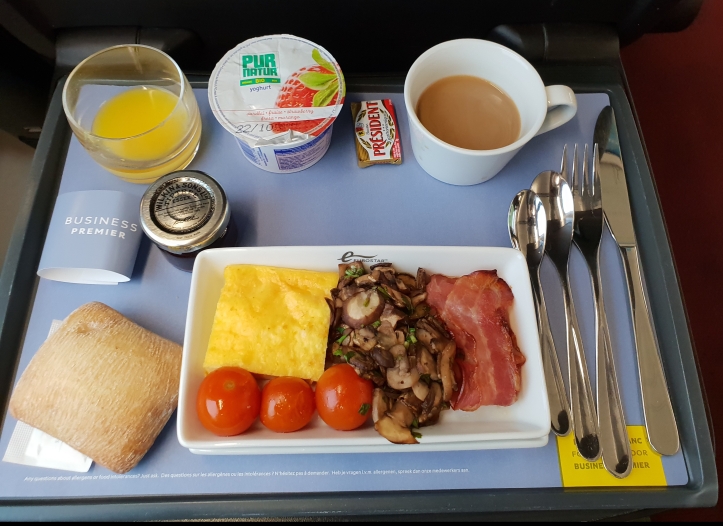 By the time we arrived to next stop – Lille in France, meal service was pretty much completed, however the crew kept on going through the cabin the entire journey, as the train stops twice on its way to London – in Lille and Calais, taking some more passengers at each stop.

Another similarity with airlines is the on board entertainment provided. On board Eurostar you can stream into your own device, through their surprisingly quite fast wi-fi connection. Site with all the options opens after logging in into the internet.

I have thoroughly enjoyed my journey with Eurostar. Its both soft and hard product beats hands down any airline service between this city pair and taking into considerarion all the hassle of traveling to and from the airports, check-in timings, security etc. it will be my number one option even in the future.