I don’t know about you, but personally whenever I need to fly out of London, regardless of the airport, I have to get mentally ready for it days in advance.

Long queues everywhere, overcrowded, several poor experiences in terms of airport staff, facilities and infrastracture in some of them, all add to my uneasy feeling about flying there.

However there is always a “BUT”. This “BUT” is London City airport. Small, convenient, super easy to reach, without any major hustle and bustle of its major counterparts around London.

Its network is quite limited due to the limitations on the size of aircrafts, that can take off from there, so unless your trip is to/from London to/from one of mostly major cities in Europe, you won’t be able to use it. However if the above is your case, flying to LCY is worth every penny.

I had to fly from London to Dublin. I found a great deal online – CityJet LCY to DUB for approximately 55€ (including 20kgs baggage allowance).

First of all, LCY is very easy to reach by London’s public transport system. Right at the exit from the train, you find plenty of self-check in kiosks. Since I had no bag to check-in I proceeded straight to security, where I found exactly one person ahead of me…what a breeze. 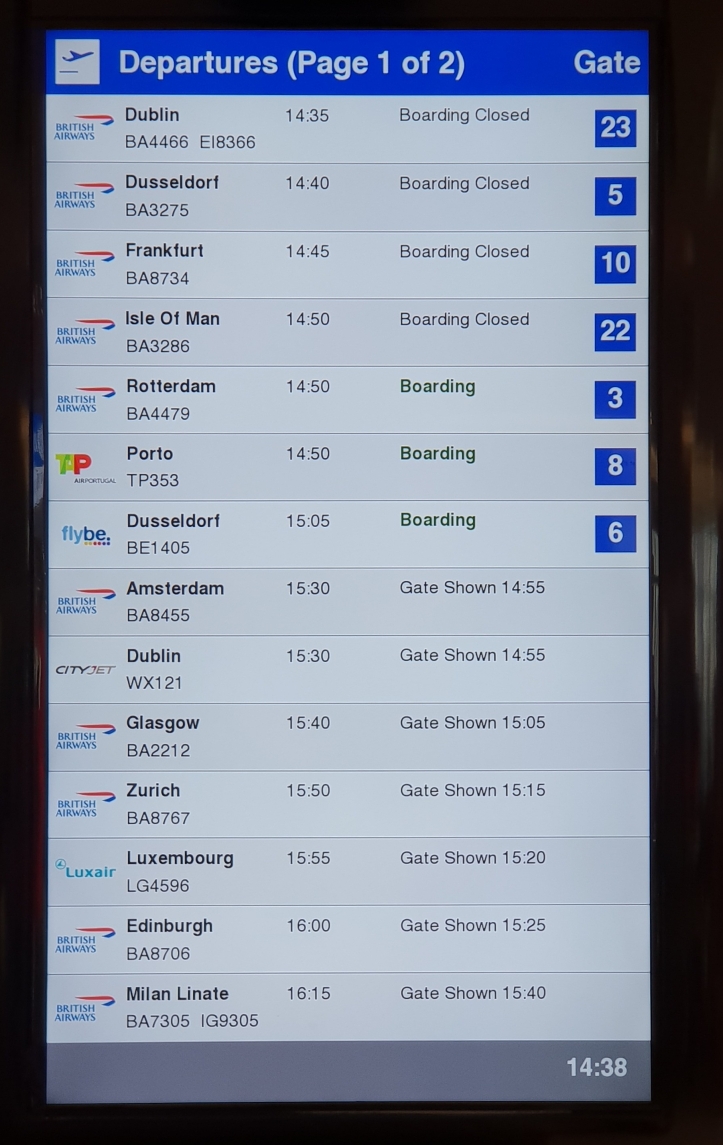 Boarding gates at LCY close only 10 minutes to departure and with such a quick security checks, one can afford to come to the airport quite late (unlike LHR or LGW).

Had a bit of a stroll around the terminal and few minutes later our flight was called from gate 1.

There are no airbridges in LCY, so boarding is done simply by walking through the apron, what might be an issue if you are lucky enough to encounter the famous English weather, however it was not a case on this particular day.

I boarded the plane through the front door and step into the cabin in a single class layout (If my information is correct, CityJet on certain routes operates business class as well, however it did not seem to be the case on this flight. Sadly their business class is typical intra-european business class product with regular economy seating with blocked off middle seat.).

As per what I found online, seat pitch is 79cm. Nothing unusual on short haul flights, however you kind of hope for person in front of you not to recline their seat. Just to get an idea I am 182cm. 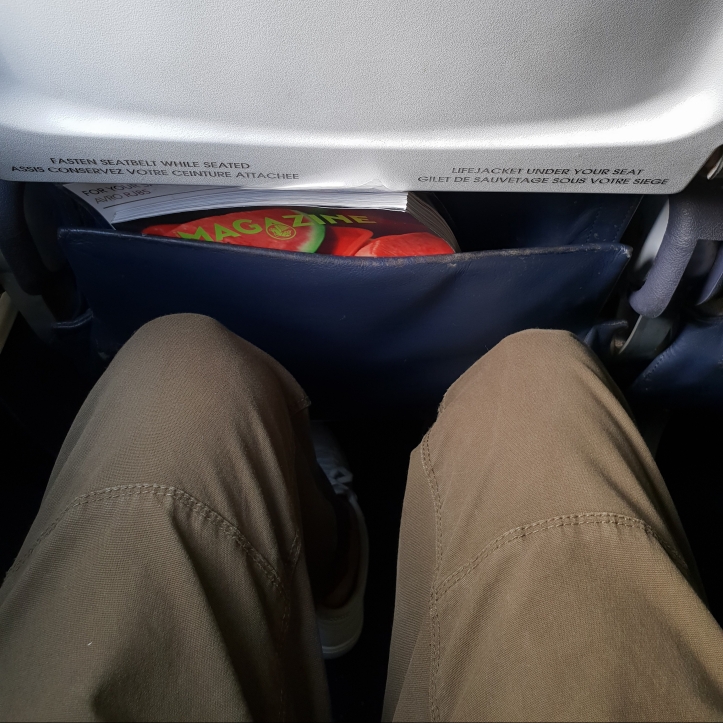 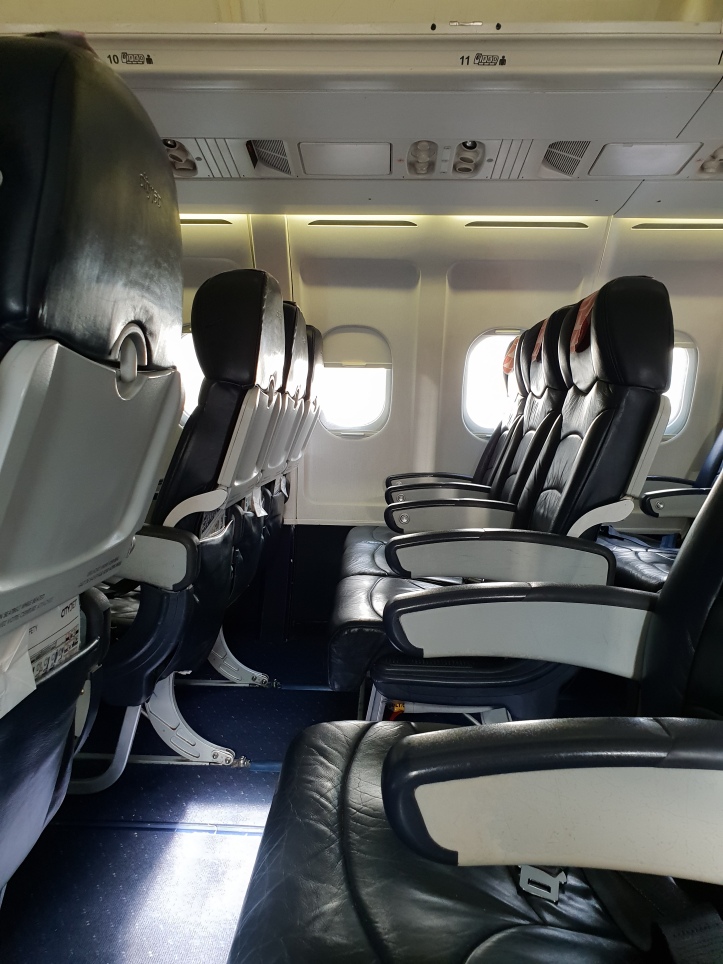 This aircarft is not new, however little bit more of maintanance and cleaning would go a long way.

Interestingly enough, onboard magazine is actually from Air France. Apparently CityJet operates some short haul european flights on their behalf.

Boarding was completed within 10 minutes. Cabin seemed to be more or less 70% full.

After the manual demonstration we had a quick take off and headed towards Dublin.

They offered selection between savoury and sweet snacks and a variety of drinks. Surprisingly enough, everything was for free even for economy class passengers (normally nothing to brag about, but at the current state of short haul flying in Europe, it means a lot).

Rest of the flight was pretty uneventful and around 1:20hr after take off we landed in Dublin airport.

All in all, it was a very pleasant flight. Not luxurious for sure, but got me from A to B on-time, safely, without hassles and for very reasonable price.